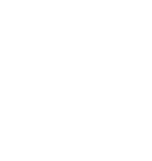 The tech space is constantly growing and developing as we continue to push the boundaries of technology, 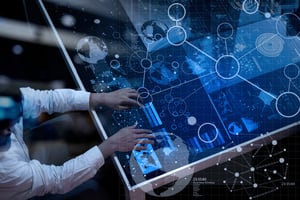 and according to Linked in, it has become the most in-demand skill of 2020.

In the past few years, the spotlight has focused on blockchain technology, as applications continue to be built and grow on the blockchain.

What is blockchain? Essentially, blockchain is a system of recording information in a way that makes it difficult or impossible to change, hack, or cheat the system.  It is a digital ledger of transactions that is duplicated and distributed across the entire network of computer systems on the blockchain.

Blockchain is the BRED and butter of our business (See what we did there?). BRED stands for Blockchain Real Estate Development. BRED is a tokenized real estate fund, powered by the blockchain.

We were excited, but not altogether surprised, to find a study from the researchers at LinkedIn stating that blockchain and cloud computing are the most in-demand hard skills in the job market this year.

“Blockchain has emerged from the once shadowy world of cryptocurrency to become a business solution in search of problems. Which means that you don’t have to be in financial services to be seeking new hires who have background and expertise in putting blockchain to use,” the report says.

The company looked at the skills that are in high demand relative to supply. (Demand is measured by identifying the skills listed on the LinkedIn profiles of people who are being hired at the highest rates in cities with at least 100,000 LinkedIn members.)

And, according to the website Statista, the number of blockchain wallet users increased by 400%. 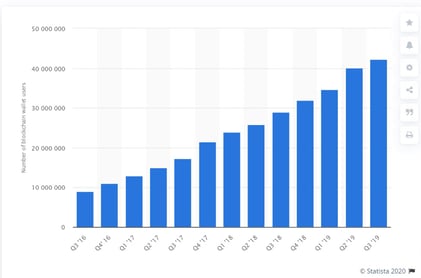 In case you were wondering, the soft skills topping the list were: creativity, persuasion, collaboration, adaptability and emotional intelligence.

Is it time to get the blockchain working for you? Read more about BRED and how we’re using blockchain technology to provide access to investors worldwide.